Welcome To Kudos Official Site. Enjoy your stay. If you're interested to be part of our Grand Chase Guild, please feel free to post your application in Kudos New Members Application Thread.
To all new Kudos Members, Thank you for joining us. Hope to see you all and play with in Grand Chase Philippines!!!
New on this site?? Make sure to REGISTER YOUR ACCOUNT USING YOUR GRAND CHASE IN-GAME NAME [IGN]. All registered members will be screened and application will not be granted unless this simple instruction will be followed. Many Thanks. ~ GM LEI

What to Aim First for Range Opponents? Lire or Mage?

I posted this before in another forum site, gaining knowledge how to deal with this type of scenario...{Alam ko me makakarecall neto^^ some points were edited for better understanding}

~~~credits to "MerryGoRound" ^^
Scenario: Game is 3v3. My party: 2 Lire
1 Spearman(you) - Opponent's Party: 1 Lire 2 Spearman. Game plan: Aim the Lire first using the melee. Rambol mode. Opponent's Lire for sure is flexy and moving from one place to another, runner and the 2 oppo melee's are protecting the range from behind... wherever the lire goes. And you will meet them (melee) for sure along your way since your aiming for the range first.

Stance:
SpearGirlA: passive stance, don't rush towards the enemy fire, instead focus on defending A1 and A2. Hold the line.

A1 and A2: Provide suppressing fire to destroy any actions coming from ArmeB, LireB is secondary priority.

A1 in strategic position so he\she can fire at ArmeB effectively. Formation must be maintained to achieve ultimate goal.

A1 and A2 fires at anyone getting in range, while firing all of you
must push forward but maintain formation, SGA will switch formations
with anyone that is attacked by a melee opponent. Focus of fire will be
given to SGB, requires quick kill, change target immediately and
eliminate ArmeB.

Tactics:
A1 and A2 fires continously towards the enemy ArmeB and LireB, when
SpearGirlB comes near, retreat until LireB can't hit you with her
arrows, then A1 and B1 along with SpearGirlA focus on killing
SpearGirlB quickly. A1 then quickly targets ArmeB and A2 targets LireB,
SpearGirlA go for the kill and feint attacks LireB, then quickly
changes target and attacks ArmeB until she dies.

Summary:Kill SpearGirlB as quickly as possible while cancelling
ArmeB's spells, LireB will be given less priority since all she will be
doing is evading your initial push.

1 lire creates a suppressing fire against incoming melee attackers,
lire and spearman focusing fire on a single target until he runs out of
lives.

>>> A professional player is payed to play the game, hence the inability to
quit a match. I prefer to call seasoned players experts or elites.

>>> Arme's are good for team battles if they act as battleships that
provide Heavy Artillery Fire, protect them from melee transgression,
pero stay close to them since meron silang stone something. It's vital
that you buy them time to recharge their MP uninterupted. A well
protected arme leads to victory, of course this won't apply if the
enemy has Armes too.

An effective countering force for Armes are Lires, they can strike the
arme from a distance rendering them ineffective in battle.

Remember the power of an Arme lies within her capacity to throw spells,
which is dependent on her mana pool, strike her mana pool and she will
go down as easily like taking candy from a baby. LoL sagwa nung
comparison ahaha.

[2 arme 1 spear "yourteam"]
youll lose the battle whether you choose both,
your team is imbalance.. lire will pawn both arme

either in the opponents lire is somehow stupid
your team might work it out.

this kind of team has 70 percent winning chance

If you setup a situation which mostly of every game is unpredictable, it may be hard...

So just choose what do you think would be applicable with the game scenario. Either which... Even pro's in any game [like in basketball games] the coach set a play especially if the they are on their last two minutes... ^^ so make sure that someone a lead or try to do a short drill since before starting the game u can already see the opponent's stats..

And one more thing, u need to consider the instance of the opponent using "CASH SKILLS" 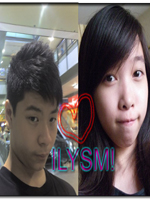 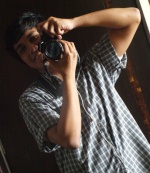 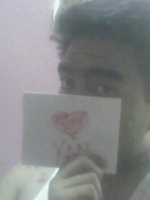 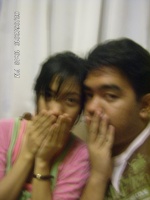